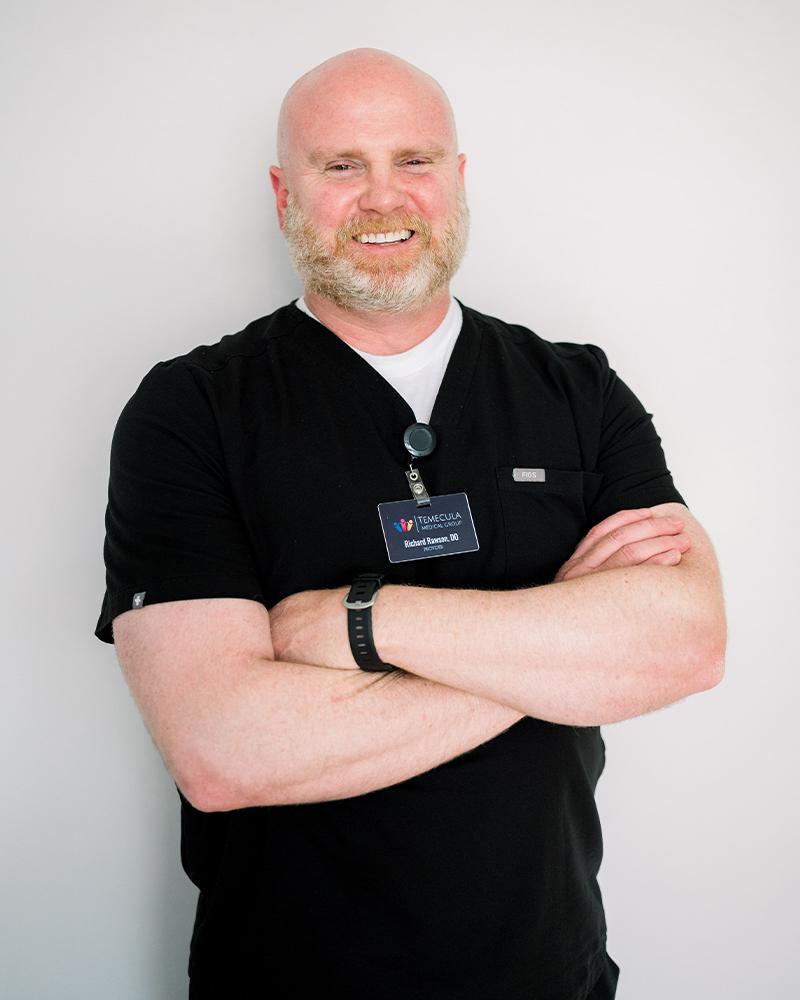 Richard Rawson, DO, is a concierge primary care physician who sees patients at Temecula Medical Group in Temecula, California. Dr. Rawson is a native of Southern California. He grew up in Mission Viejo, graduating from Mission Viejo High School. Dr. Rawson attended Brigham Young University in Provo, Utah, where he received his Bachelor’s degree in Exercise Physiology. He received his medical degree from the Des Moines University College of Osteopathic Medicine in Iowa.

Dr. Rawson completed his residency training at Madigan Army Medical Center in Tacoma, Washington — part of the University of Washington Family Medicine Residency Network. The University of Washington School of Medicine has been identified as the nation’s top primary-care school in each of the last 18 years by US News & World Report and the top medical school in the country in family medicine and rural medicine training for the past 20 years. ​

Dr. Rawson was deployed to Afghanistan in 2012-2013, supporting Operation Enduring Freedom as the Squadron Surgeon for the 1st Squadron of the 4th Cavalry Regiment of the US Army. He is a fellow of the American Academy of Family Physicians, and Temecula Medical Group is one of the first direct care practices in the nation. He speaks both English and Spanish. ​

Dr. Rawson loves the Lakers, Cowboys, Angels, and Dodgers. He loves spending time with family and is driven not to waste a minute. He is forever grateful for the sacrifice of our men and women in uniform whose lives ended too soon and thankful for their gift of freedom. Dr. Rawson was honored with a Bronze Star for service while deployed with the 1st Squadron, 4th Cavalry Regiment to support Operation Enduring Freedom in Afghanistan. Causes he cares about include Wounded Marine and Operation Underground.

"Decorated prior military physician who loves serving his country, patients, and family."